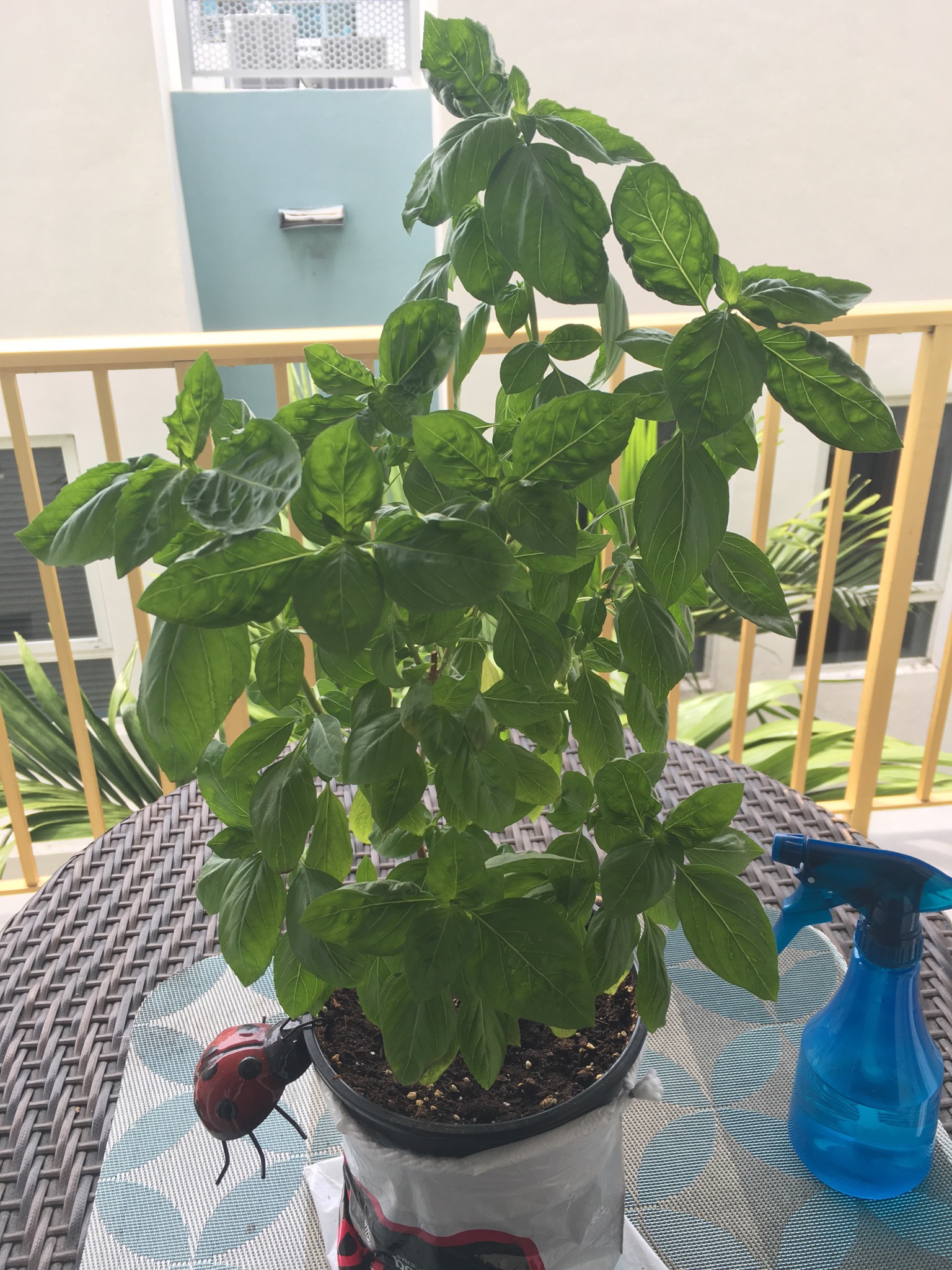 Back in April I bought a fresh mint plant from the supermarket. The normal pattern with these store bought plants then follows:-

Not this time. I was fed up of buying plants to use but then not having them last longer than a month tops.

Living in an apartment is limited when you want to keep your plants healthy, alive and a long time but having good weather most of the year certainly helps them stay around a little longer if not more work to keep them happily watered. If I’m hot then the plant certainly isn’t going to feel any cooler.

In the past I’ve had mint in the garden. It takes over patches year after year, gets stronger no matter how much you cut it back and always returns with a vengeance. It can quickly get out of control but smells amazing so you put up with it anyway.

I decided to tackle looking after this potted mint plant a different way. He’d already survived being grown, popped into a plant pot, travelling to the store and then coming home with me. It had even survived me plucking its minty leaves so I could at least help him survive a bit longer!

First pick a healthy looking plant from the selection in front of you. The leaves need to look a deep dark green. Don’t pick it if it’s already looking limp and uncared for. Check that the soil isn’t too dry and that the store have at least been watering the plants.

Now it’s home select a good spot. Near a window is a good idea if possible but not in direct sunlight. You want to give your plant the best possible chance and too much sun is as bad as not enough light. Water it immediately and then leave it alone. Don’t use it the same day if possible. It’s already had a traumatic experience being removed from a stable and minimum movement free environment and you’ve just carried or popped it into a bag with your groceries – how would you feel. Leave it to stand a few days to acclimatise to the new surroundings and don’t forget to water it at least once a day or when the soil becomes dry. Don’t let it dry out.

The longer you can leave the plant without removing any leaves the stronger it will become. By the time you start using the leaves the plant will cope much better and still continue to grow for many months.

Sometimes the whole mint plant will not survive even if you followed the above steps. It may have been stored at the wrong temperature, been damaged in transit or it was just not the healthiest of plants to begin with. That’s what happened to my plant.

If you recognize the above scenario there’s still something you can do without resorting to purchasing yet another mint plant.

How to recover from a Mint Plant disaster

Firstly use the mint plant however you intended to when you bought it. In drinks or as part of a meal. Don’t get too carried away picking the leaves we still need some left in order for this to work well.

How to get a surrogate plant

By August my mint plant started to look like a small bushy tree! Healthy, green with lots of flavor. I only have to touch it and it releases a very strong mint aroma.

Now it’s September and I’ve already used a number of leaves for tea. Now the plant is strong it also tried to flower the other day. I nipped the bud off so the plant doesn’t think that’s it